Sunleaves only works with A-quality charging stations from trusted and stable brands. Naturally, all our products are certified and rigorously tested. 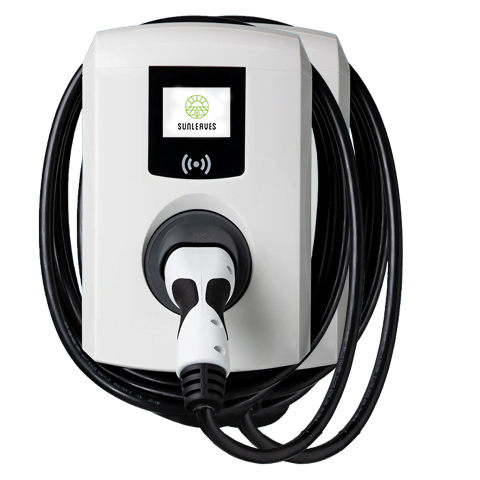 Alfen chargers are perfect for charging electric cars at home. They are designed to provide maximum charging speeds in a safe manner. Moreover, chargers from Alfen can be connected to solar panels and compatible smart products. This not only makes them user-friendly, but also reliable. 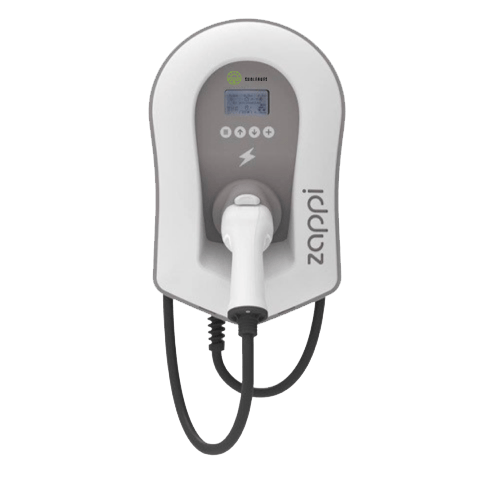 Charge your electric car cost-effectively with the smart Zappi. This charging station charges in an environmentally conscious and green way, by drawing the lowest possible amount of energy from the grid. This makes driving an electric car even cheaper and cleaner. Also, Zappi is fully programmable, takes into account the maximum capacity and accurately records the number of kWh charged during each charging session. 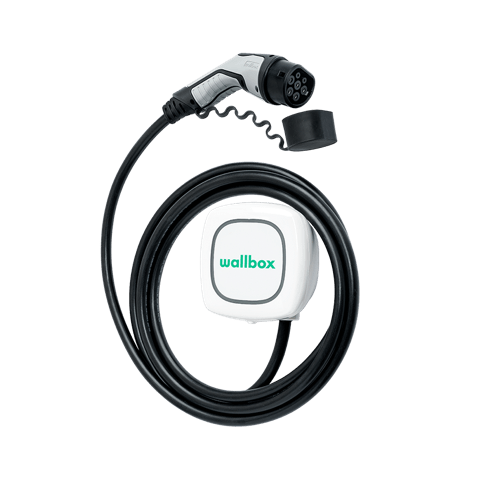 WHICH TYPE OF POWER PLUG DOES MY CAR HAVE?

A Type 1 plug is also called a Yazaki plug. This plug is used to charge with alternating current (AC), up to a maximum output of 3.7 kW. Type 1 is mainly used on pre-2014 American and Japanese cars.

Type 2 is more often referred to as Mennekes or VDE-AR-E_2623-2-2. In 2014, it was designated as the standard for alternating current (AC) charging of electric cars. Since then, all new electric cars sold in Europe have been fitted with this connection.

In simple terms, this refers to the technology used for charging.

Sounds complicated, doesn’t it? Luckily, our professionals know how to explain it to you in detail. Avoid unpleasant surprises and get obligation-free advice!

IS MY HOME SUITABLE FOR A CHARGING STATION?.

IS A CHARGING STATION AT HOME COMPLETELY SAFE?

Yes! When not in use, the charging station poses no risk as the power is disconnected. So children can play safely in the driveway. Moreover, a card is needed to release the charging cable. So you do not have to worry about someone using your charging station when you are not at home.

CHARGING VIA SOLAR PANELS, IS THAT POSSIBLE?

Of course! The energy generated by solar panels can also be used to charge your electric car. What’s more, it costs next to nothing and you can make substantial savings on your energy bill. Sunleaves also offers charging units that enable you to regulate the power distribution to the charging unit. This allows you to choose, for example, that the car is only charged by self-generated power and no power is taken from the grid.

HOW CAN I MAKE SURE THAT MY MAINS FUSE IS SAFE?

When you use a lot of electricity from working with large power consumers, your mains fuse may blow, this can have inconvenient consequences that in the first case will require a technician from your grid operator to drop by. We can prevent all this by installing a charging station with load balancing. Via load balancing, the meter box is read and always lets the charging unit know if or when it needs to lower its consumption so that your mains fuse is never overloaded due to the charging unit.

CAN I CLAIM MY ELECTRICITY CONSUMPTION?

If you lease the car on a business account, you might want the option to claim back the electricity costs incurred. This is possible with our charging units, which are equipped with a back-office system.

HOW CAN I USE 3-PHASE CHARGING?

3-Phase charging is possible if you have a mains connection of at least 3 x 25Amp. With 3 phase, it is possible to charge your car between 11 and 22 Kwh. A fully electric car could then be fully charged within a few hours, depending on the battery pack. Don’t have a 3phase in your home? Sunleaves can help you with the preparations in your meter box.

HAVE ANY QUESTIONS OR WANT TO REQUEST A QUOTE?